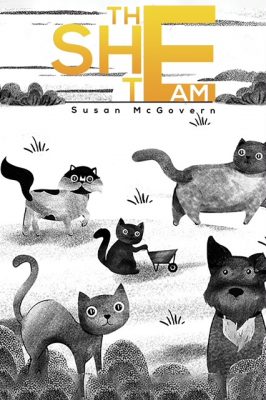 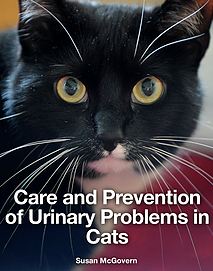 Care and Prevention of Urinary Problems in Cats 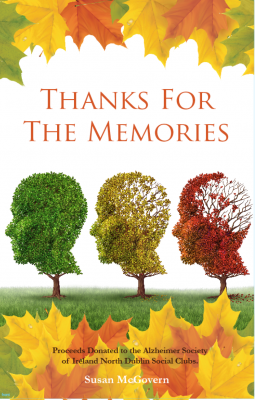 Thanks for the Memories

They say every author is inspired to write by their own experiences, and for Dundalk writer Susan McGovern this is especially true.

All five animals in The She Team are based on family pets and Susan’s two grandchildren were the inspiration for the two main human characters. It is no wonder they seem so real!

FREE SHIPPING for a limited time.

Care and Prevention of Urinary Problems in Cats

Are you a cat lover? Has your cat ever suffered from urinary problems? Painful urination, blood in the urine, squatting for ages and not able to produce any urine, being utterly miserable – these are symptoms that are very difficult to watch your cat endure. My cat, Trig, had all these symptoms, so I developed a programme to help her. It consisted of a treatment, using of three dietary substances which cleared up all of the above symptoms and a dietary programme which prevented them returning.

If you want to help your cat, buy this book.

Thanks for the Memories

They say every author is inspired to write by their own experiences, and for Dundalk writer Susan McGovern this is especially true.

Having just launched her first collection of short stories, entitled ‘Thanks for the Memories’ last week, Susan revealed that it was the very emotional, and at times painful subject of Alzheimer’s that informed the collection.

Both Susan’s parents were diagnosed with Alzheimer’s, her mam in 2010, and just three years later her father also.

What happened to Lucinda Gray? In writing these short stories I hope to give a glimpse of the 'small picture' the everyday experiences of individuals and family members who are coping with Alzheimer's.

For anyone with a family member who has Alzheimer's, these stories will touch their heart, and for those who know nothing about Alzheimer's, they give an enlightened look at the disease and how it impacts family and loved ones.

I was born Susan Monahan in 1957 in Dublin, where I lived for the first 23 years of my life.  I am the eldest in a family of three girls and a boy and my siblings maintain that I was always the bossy eldest sister but of course I disagree. I went to school in St. Dominic’s College, Cabra, more often referred to as Cabra Convent and then to Trinity College, Dublin, where I studied Science and it was in Trinity in our final year that I met my husband, Padraig.   We married in 1982 and had our only child, David, a year later.  David is now married to Nessa and they have two lovely boys, Diarmuid.

My hobbies and interests include travel, complementary medicine, walking, reading and playing the drums.   Writing also brings me great pleasure and I often bring the dog for a walk to work out a plot-line.   I get a great buzz out of writing and I am sorry I did not start it earlier in life, while accepting that I probably would not have had time for it due to a busy home and work life.

We currently have three pets which we both love – two cats, Trig and Ebi and the most recent addition, Mags, the dog.   Ebi and Mags were strays that came for a night and stayed and Trig was a present from our son, David and daughter-in-law, Nessa,  when a previous cat, Smig, another stray, had to be put asleep due to cancer.  All four of these animals and also Roisin, David and Nessa’s cat, feature in the children’s book I am working on, called “The She Team”.  My two grandsons, Diarmuid and Eoghan, also have big roles in the book.